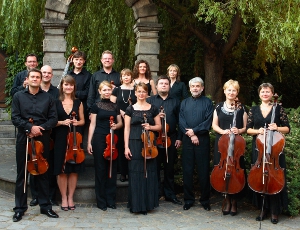 Patron of the Festival

Patron of the Festival

The founder and the creator of “Arsenal Nights” was Jan Stanienda – late artistic director of the Festival and remarkable violinist who passed away in September 2021. Beginning with this year’s edition the festival bears the name of its founder and the memorial plaque will be unveiled at the Arsenal courtyard during the opening concert on June 24th. The Wratislavia Chamber Orchestra, established by Stanienda in 1996, will continue to be the host of “Arsenal Nights” and along with the Wratislavia Foundation, which organizes the festival, prepared an abundant program dedicated to the memory of Jan Stanienda.

Since 1997 “Arsenal Nights” lure the audience with exceptional artists and vast variety of performed music styles. Classical music blends here with carefully selected popular music which are connected by the aura of chamber music and exceptional atmosphere of the Arsenal’s historical courtyard. On July 2nd, Anna Maria Jopek, one of the greatest Polish vocalists and songwriters, will perform together with Piotr Wojtasik Quintet absolutely premiere programme – The Night full of jazz. On June 27th, the Spanish guitarist Carlos Piñana and his band will mesmerize the audience with flamenco music.

The youngest star of the Festival will be Piotr Alexewicz, only 22 years old pianist. The audience may have a memory of his excellent performance at the International Chopin Piano Competition in 2021. On June 26th, Alexewicz will perform the solo part of the Mozart’s Piano Concerto in A Major, K.414. On July 1st, the violin virtuoso Jakub Jakowicz, who will act both as a soloist and a conductor, will perform Introduction and Rondo Capriccioso by Camille Saint-Saëns and Variations on an Original Theme Op. 15 by Henryk Wieniawski. On June 25th, Chopin Piano Quintet, founded by the pianist Krzysztof Stanienda – Jan Stanienda’s son – will perform works by Johannes Brahms and Béla Bartók.

It has been decided not to choose an artistic director for the 25th edition of the “Arsenal Nights”. In order to commemorate Jan Stanienda’s work, each Orchestra’s concert will be conducted by prominent Polish violinists chosen from among his associates and friends. One of the invited artists is Roksana Kwaśnikowska, The Chopin University of Music graduate and Stanienda’s protégé. She will perform with the Wratislavia Chamber Orchestra standard classical compositions, such as Adagio for Strings by Samuel Barber and Two Elegiac Melodies by Edvard Grieg. The audience will have the opportunity to listen twice to the outstanding Daniel Stabrawa, the longtime first concertmaster of the Berlin Philharmonic. Jakub Jakowicz will also lead a concert on Wednesday 29th June, filled with chamber music, featuring musicians of the Wratislavia Orchestra.

Traditionally, for the big finale, artists will dazzle the audience with baroque music. The Wratislavia Chamber Orchestra conducted by Daniel Stabrawa will perform suites Water Music and Music for the Royal Fireworks by George Frederic Händel.

All concerts start at 8 pm.

Looking forward to meet you at Jan Stanienda Arsenal Nights!!