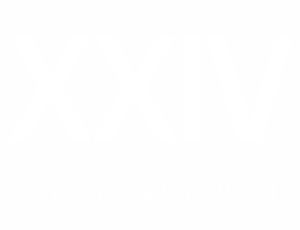 She is the co-founder of the Leopoldinum Chamber Orchestra and was its concertmaster until 1996. As the concertmaster of cellos she worked with such orchestras as the Menuhin Festival Orchestra, Sinfonia Varsovia and the Polish Chamber Orchestra. She is the co-founder of the Wratislavia Chamber Orchestra of Wroclaw with which she has worked since 1996. She has frequently performed as a soloist and chamber musician in the Musique et Amitie festival in Switzerland. In 1996 she performed at the Spivey Hall in Atlanta (U.S.A.) in the gala concert celebrating Poland’s joining NATO. She has worked with such artists as Sir Yehudi Menuhin, James Galway, Karol Teutsch, Krystian Zimerman, Bartosz Bryła, Janusz Olejniczak, Urszula Kryger, Ewa Pobłocka, Jan Stanienda, among others.

She gives solo and chamber concerts in Poland and abroad, performed many times in Spain, France, Italy, Switzerland, Austria, Germany, Norway, Denmark, Slovakia, in the Czech Republic, Russia, in the USA, Canada, Iraq and Japan. She has made many first recordings of contemporary music. She has recorded for the TONPRESS CD, KOS RECORDS, ZUK RECORDS, DUX, SONORIS, OPUS labels as well as for the Polish Television and Radio.

Presently she teaches cello classes at the Academy of Music in Wroclaw, where between 1993 and 2005 she also held the post of the head of the String Instrument Section. In 2002 she received the title of Professor of Music Arts from the President of Poland, Aleksander Kwasniewski. She often works as a jury member in national and international competitions. She has also taught during interpretation master-courses in Poland, Austria, the U.S.A. and Canada. She is the vice-president of the Wratislavia Foundation for the Music Culture of Wroclaw.