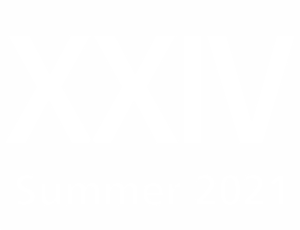 Sylwia is a graduate in voice and opera studies at The Karol Lipiński Academy of Music in Wrocław, Poland. She received the highest degree and Primus Inter Pares Prize for best graduate in 2018. She is currently studying chamber and oratorio music at the Academy.

She performed Heiderl Tschöll in Das Dreimäderlhaus and Cherubino in Le nozze di Figaro during many International Music Festivals. Also she made her debut as Cherubino in Wrocław Opera House (2017).

Her repertoire includes works from Renaissance to contemporary music. She performed in Poland and abroad (Czech Republic, Slovakia, Latvia, Austria, Germany, France, United States). In 2014-2017 she was a soloist at one of the most important European events in the field of classical music – The International Festival Wratislavia Cantans. She performed Fire during polish premiere of František Antonín Míča’s cantata Quatuor Elementa in 2015 conducted by Benjamin Bayl. In October 2018 she performed a solo part during the premiere of Zuzanna Koziej’s Mass of Trust in cooperation with Neuer Kammerchor Berlin, The Medici Cantantes Choir, Kameralna N-Harmonia and Agnieszka Franków-Żelazny. She has sung under the baton of: Bejnamin Bayl, Francesco Bottligliero, Sławomir Chrzanowski, Mariusz Dziubek, Robert Hollingworth, Andrzej Kosendiak, Stanisław Rybarczyk, Zygmunt Rychert, Jarosław Thiel, Tadeusz Wicherek and Tadeusz Zathey. Before she decided to follow the path of classical singing, she performed next to the icons of Polish music – with the band Skaldowie, Edyta Geppert, Grażyna Łobaszewska and Janusz Radek.

Since 2017 she works with guitarist Tomasz Radziszewski – one of the most promising young guitarist in Poland, winner of the most important competitions on national and international scale. Repertoire includes works of the Renaissance, Romanticism and contemporary music. Duet is very busy with concerts. In 2017 won 2nd Prize at the 2nd International Guitar Competition in Tczew, Poland.

Her interests reach far beyond the horizons of music. In addition to Music Academy, she graduated in Pedagogy (bachelor studies) and Antropology of Literature, Theatre and Film (master studies). Besides singing her passions are pole dance and shooting sports.